Day 2 began with much enthusiasm! We had a set built, and with all the film equipment being set up and coming to life around us, the feeling of making something special really settled in. The film crew and our actor was also in, so a rehearsal was in the works too. 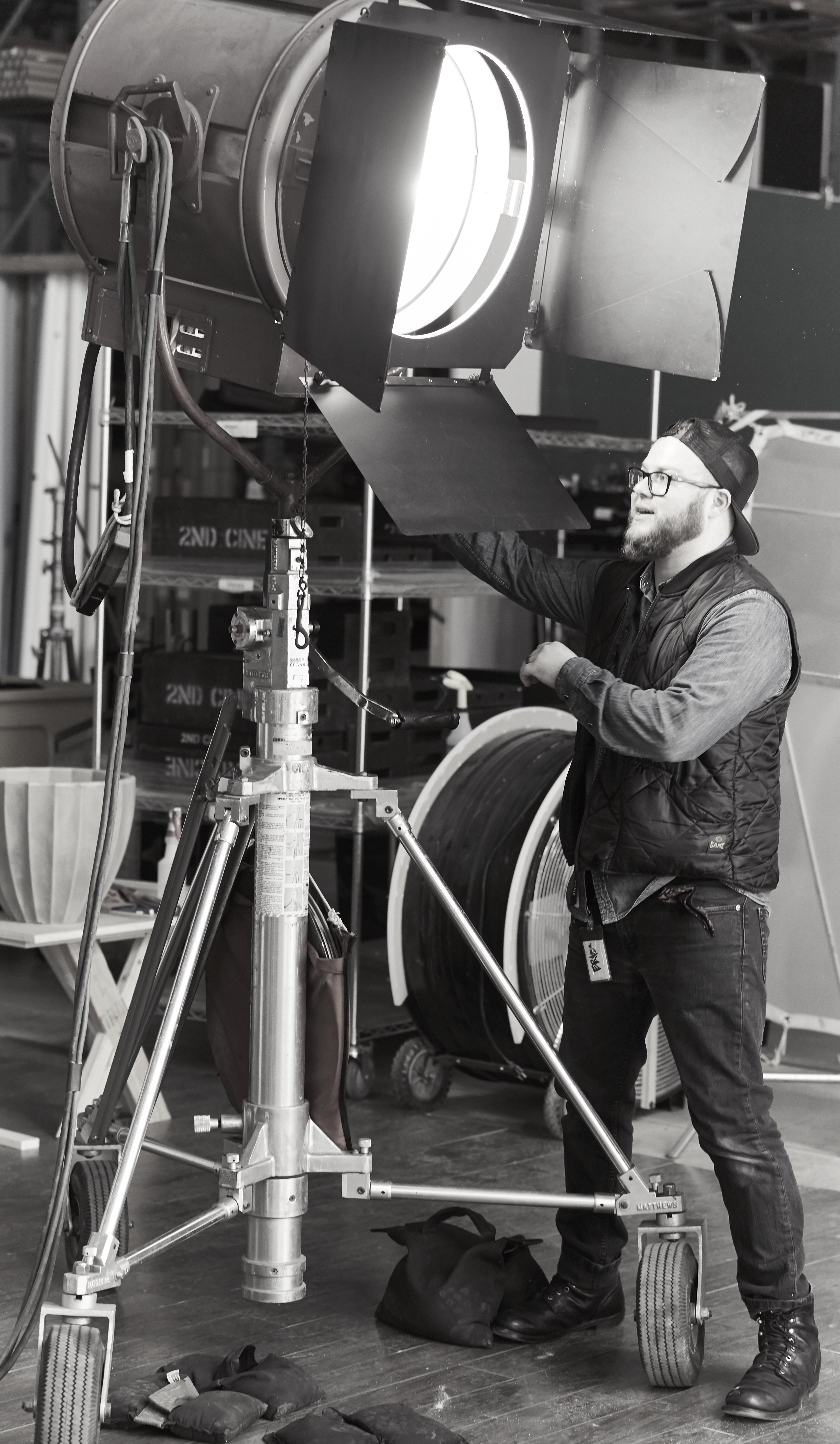 Here’s one of our photographers adjusting the lighting on set. It may seem secondary, but professionally placed lights will make or break a project. As big as it is, this light was only one of many different lights and diffusers, including huge hanging lights above the set. Everything was extremely controlled to create just the right effect.

The designers were hard at work hanging curtains, placing accessories and other wise making a beautiful space to shoot. 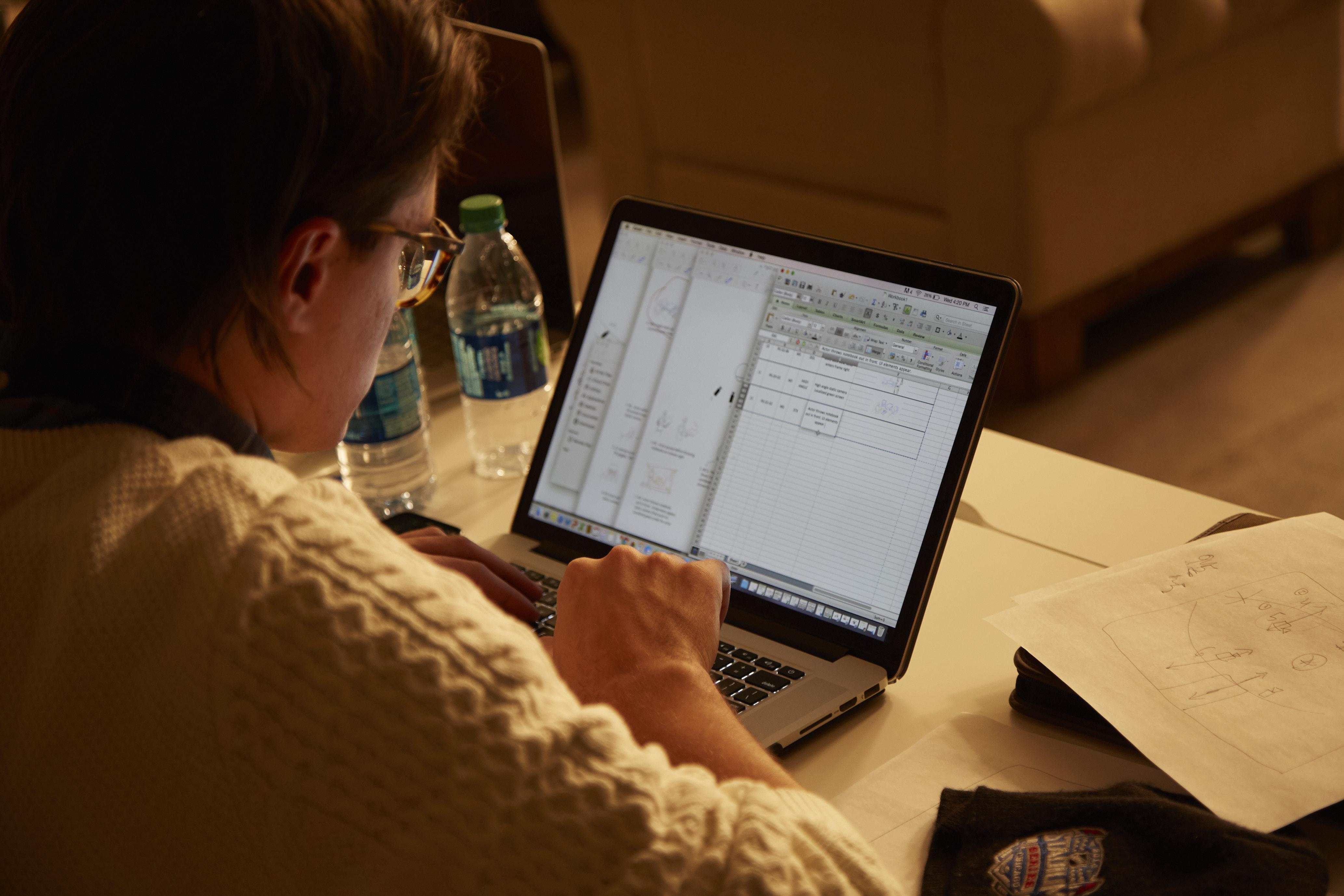 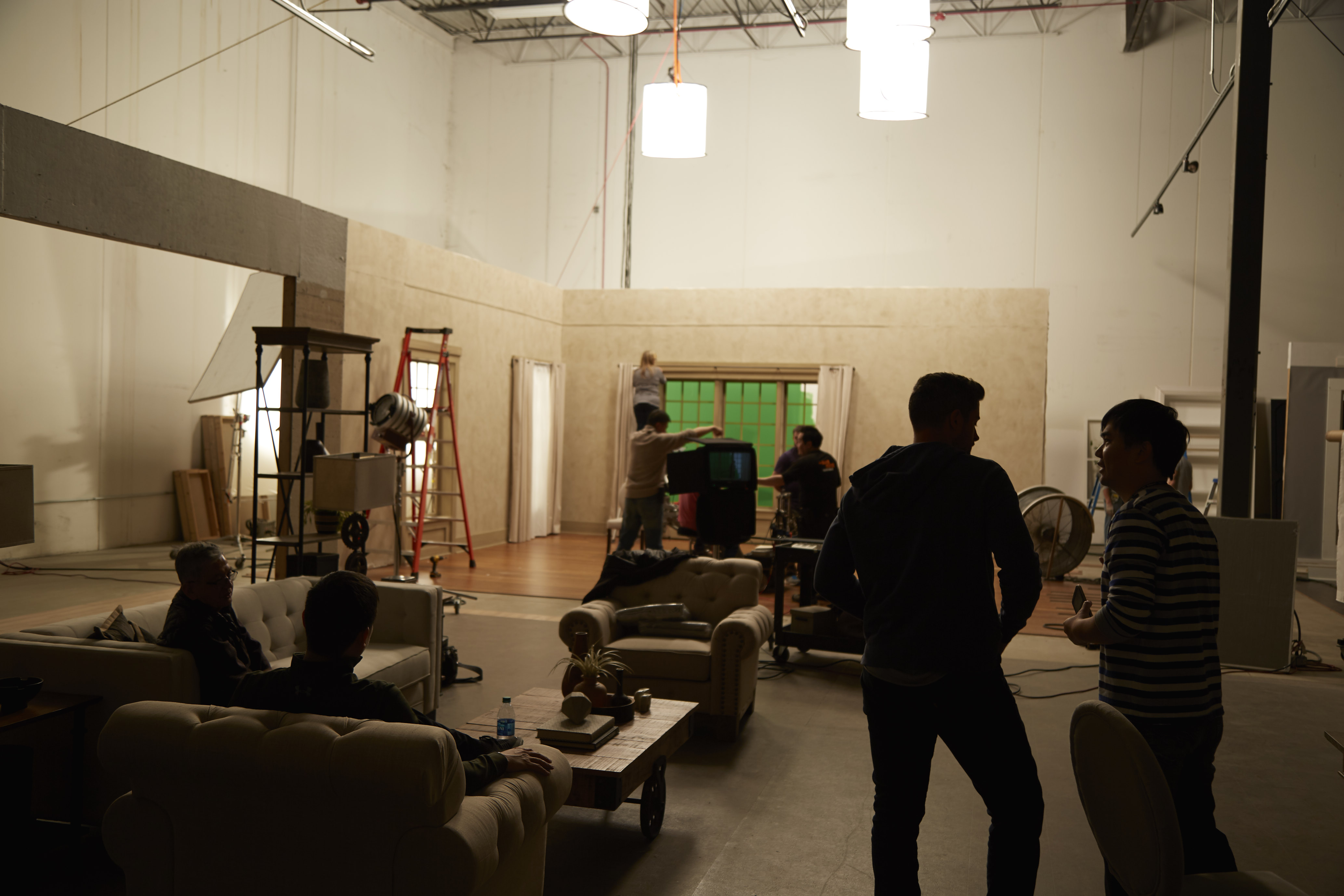 Here, our director speaks with the actor as the crew preps for rehearsal. 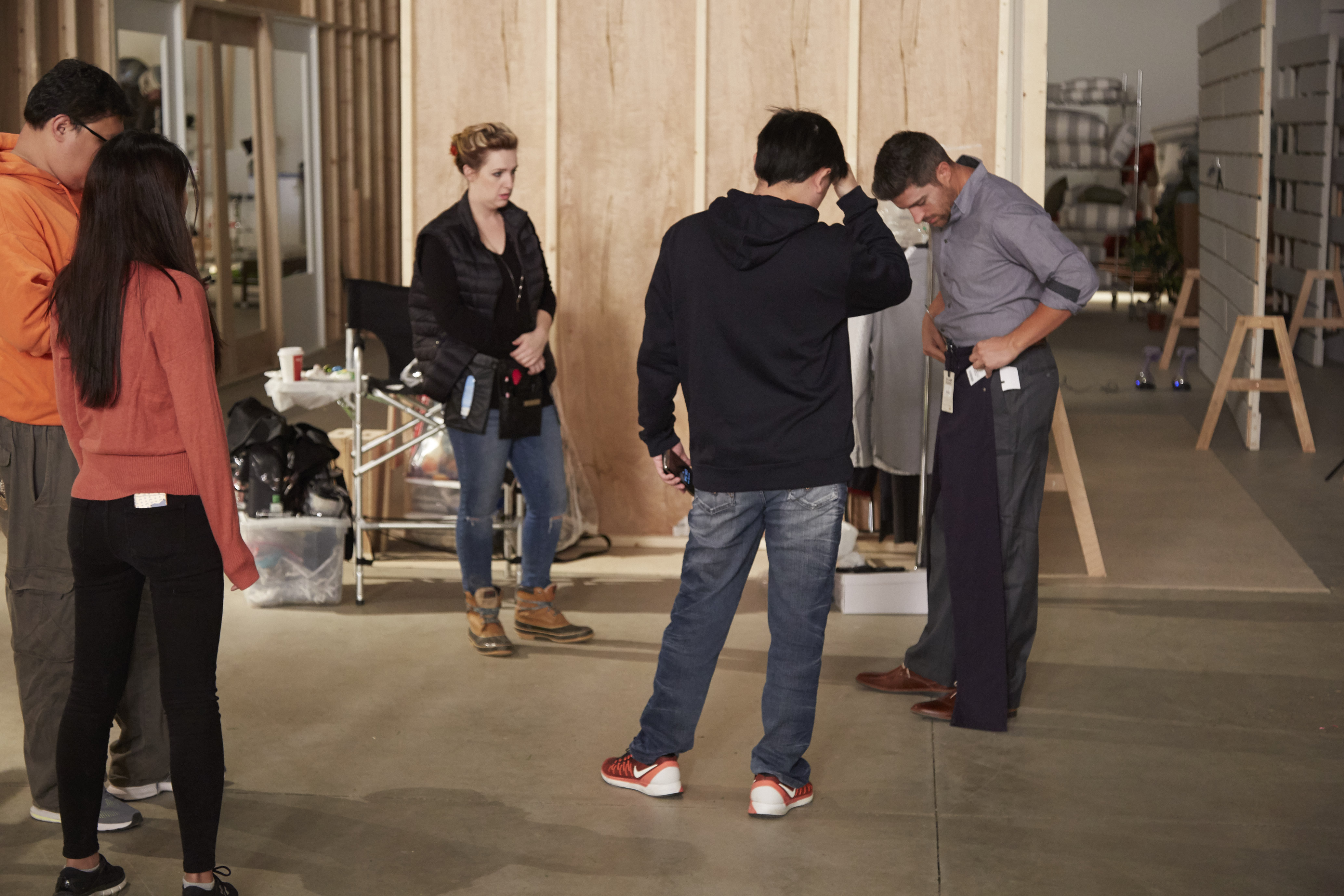 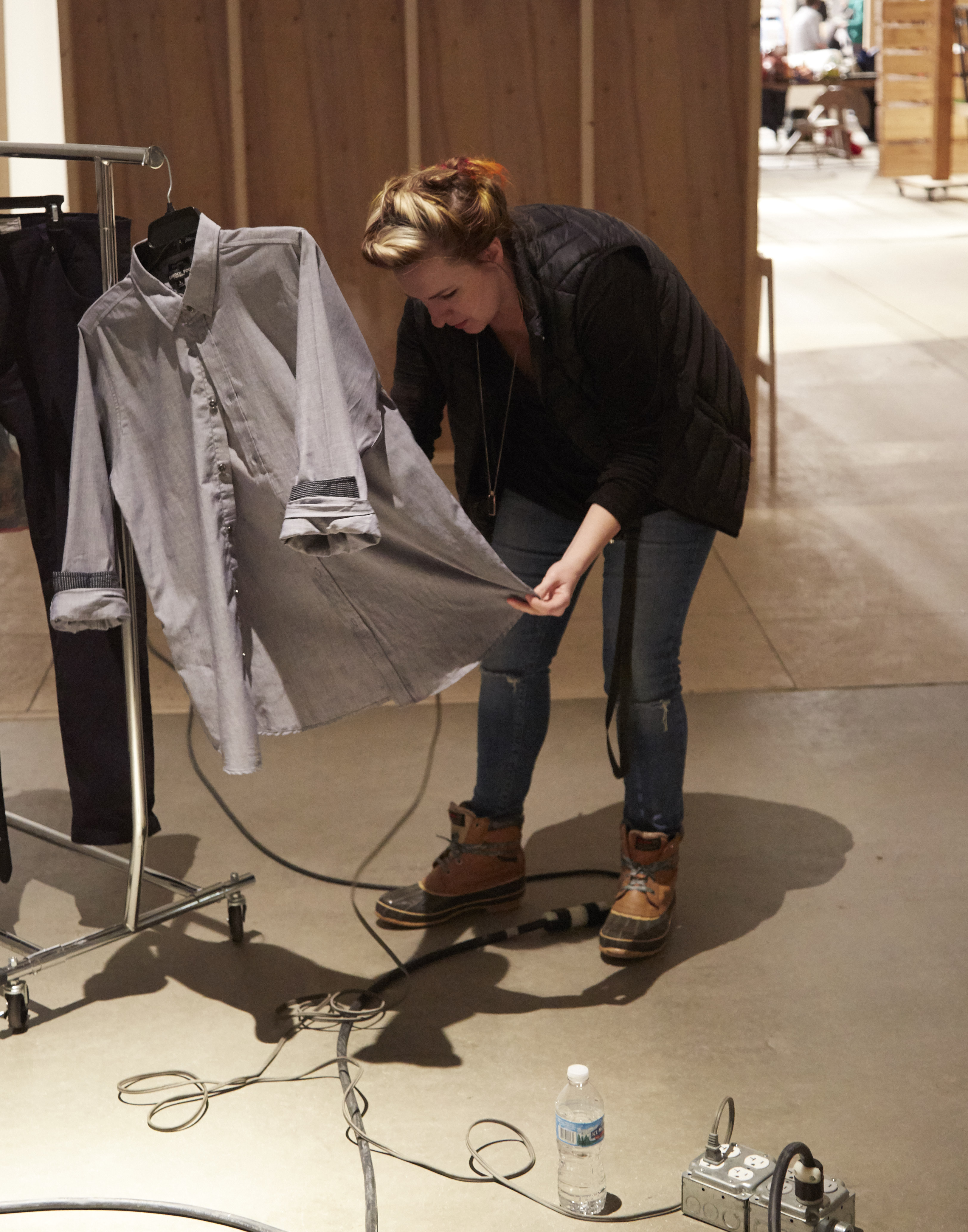